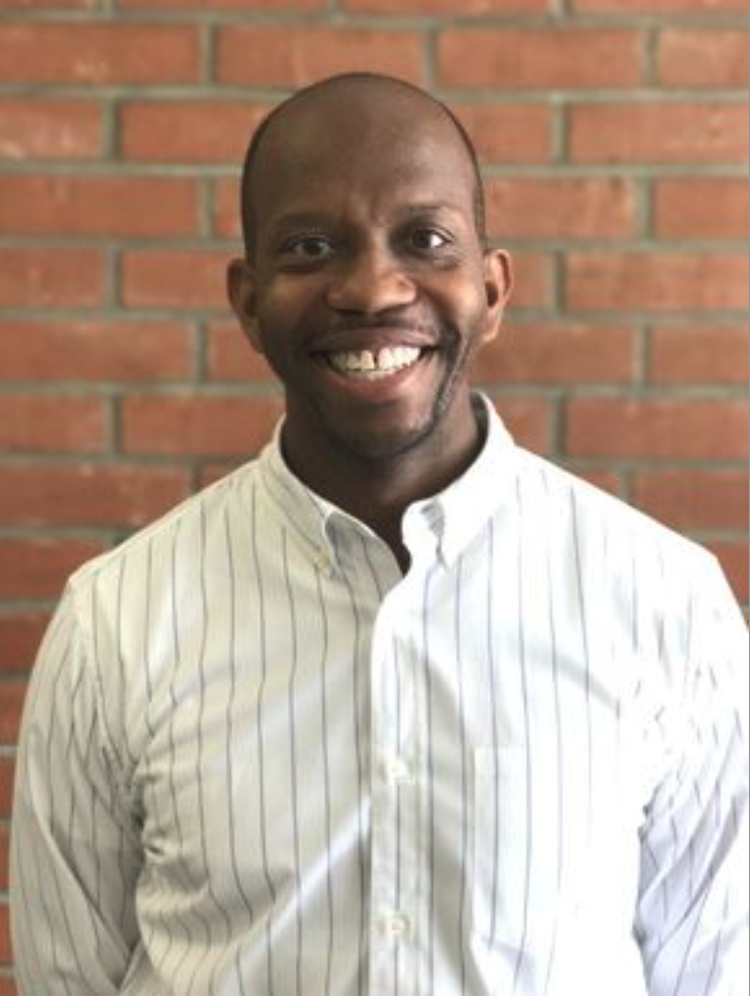 Dr. James Finley is the director of the Locomotor Control Laboratory at USC, investigating the control and adaptation of locomotion within healthy and injured neuromuscular systems.

I’m originally from Chattanooga, Tennessee and lived there until I moved to Tallahassee, Florida to attend Florida Agricultural and Mechanical University. I’d always loved cars and I wanted to optimize them for performance using engineering and design principles, so the choice to pursue a degree in mechanical engineering was a straightforward one. I was set in my decision until my sophomore year, when an internship at a biomedical engineering company opened up a new world of possibilities to me. I had a chance to observe the role engineering plays in improving society’s health and quality of life, which became a major turning point in my education. The type of biomedical engineering that most interested me was not a part of my undergraduate curriculum, so I decided to pursue my newfound interest through graduate education. I was later accepted into a PhD program at Northwestern University, where I could work toward two dreams at once – becoming both a biomedical engineer and a professor to guide budding scientists and engineers in the field.

During that time, I also developed an interest in neuromechanics, especially surrounding the brain and nervous system’s role in guiding human movement. Understanding how the brain processed information about the body’s mechanics and one’s environment while walking was most intriguing to me. Further along my post-doctoral fellowship, I became exposed to the idea of using virtual reality as a way to manipulate visual information. This tool held the promise of driving genuine change in walking patterns, which I was eager to take further in my studies.  Since then, virtual reality has remained a key component of my research in numerous ways. Not only has it been valuable to better understand the mechanisms of control and learning, but also as a modality to implement new interventions for rehabilitation.

What sparked your interest in VR/AR?

During my graduate years, I first learned about and participated in studies that used virtual reality as a means to better understand the effect of visual information on a person’s balance. Thankfully, I was exposed to studies like these through the Rehabilitation Institute of Chicago and the University of Illinois – Chicago, and I was greatly able to benefit from these formative experiences. I went from being a spectator of VR development to an active participant when I attended a Society for Neuroscience conference back in 2013. It was there that I experienced the first publicly-available Oculus development kit, which became a real game-changer for my studies. I was amazed that we now had the ability to create such compelling VR experiences with a 360° headset, and immediately made the choice to purchase one. I ended up using this device during my early years at USC to develop my own assessments and interventions, and have kept going with VR ever since!

Which of your professional accomplishments are you most excited about?

Our laboratory, the Locomotor Control Lab, received a grant in 2016 from the NIH to develop a VR-based mobility training application for individuals with Parkinson’s Disease. At the time, this was relatively uncharted territory – while numerous publications exist for this topic with the use of a treadmill, we would be among the first to develop research specifically aimed at over-ground walking. In addition to that, few VR studies allowed participants the freedom to turn, negotiate obstacles, or manipulate items with their hands. Over the span of two years, we were able to break considerable ground in this area with the help of many talented minds here at USC. Our interdisciplinary team included experts such as Beth Fisher from the Division of Biokinesiolgy and Physical Therapy, Marientina Gotsis in Cinematic Arts, and Vangelis Lympourdis from Cinema and Computer Science, among others. We put our heads together to create a custom application using the HTC Vive, which we then administered to participants with Parkinson’s Disease with the help of their physical therapists. Our work was recently accepted for publication under the title “Design and Development of a Virtual Reality-Based Mobility Training Game for People with Parkinson’s Disease”, made available by Frontiers in Neurology* as an open-access publication.

Something I’d love to see in the near future would be an expanded field-of-view within Augmented Reality. While current advancements in technology have made VR the best method for our studies at the present time, our ability to render features in the environment during over-ground walking in real time has room for improvement. As long as we close participants off from seeing their external environment, there will be limits to the depth of research we can conduct. This issue could stand to be greatly enhanced with the help of AR in the future. If we could project virtual objects in one’s real-world environment, particularly in a way that doesn’t limit their focus to a constrained area of view, so many more possibilities would become available to us. The development of this technology will inevitably create many more opportunities to take this line of study further, especially if patients are easily able to incorporate this technology into the comfort of their own homes.

I’d say the biggest piece of advice I have to offer would be to be aware of your own ignorance, and seek outside expertise when appropriate. At the very least, come to the point where you can wisely acknowledge your weaker points. This will help you know where to begin looking for those who can complement your strengths accordingly. When it comes to the study of Virtual Reality, many will excitedly dive in with the belief that they have all they need to develop compelling and useful applications, because the barrier to entry has become much lower in recent years. There is still a wealth of experience and information to be gained from people who have used VR in their research for many decades, and this knowledge wouldn’t otherwise be apparent to the average engineer or physical therapist just getting started. Finding and working with people who have this level of expertise has been a wonderful and immensely helpful experience for me, especially as they teach you to speak the same language and get up to speed. Do your best to find those whom you work well with, whom you can trust, and that are willing to teach you the things you’ll need to know. Having this kind of help makes the journey much more interesting and enjoyable in the long run!

Anything you are passionate about, aside from AR/VR?

Most people who know me know that running and cycling are a big part of my life. I’ll head out on a run on the streets or trails or go biking anywhere from three to four times a week. The nature around here in Pasadena is beautiful, and it’s a great place to live if you want to escape to the mountains or forests for a quieter pace every once in a while. Spending time with my wife and children is one of my biggest enjoyments in life, as well! I have three children, and the weekends are always filled with new activities to help them discover their personal interests and learn more about the world around them. One of the most interesting balancing acts as a parent has to do with helping your child uncover new passions while fostering established skills toward obtaining mastery. One thing for sure is that life as a parent is incredibly fun, and there’s never a boring moment!

To learn more about Dr. James Finley, visit his profile at the USC Division of Biokinesiology and Physical Therapy website. You can follow him on Twitter at @jamesmfinley and stay up-to-date with the developments at his laboratory at @FinleyLabUSC.