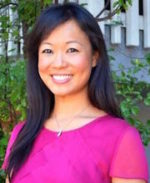 The NPNL at USC is an interdisciplinary lab situated between the Chan Division of Occupational Science and Occupational Therapy, the Division of Biokinesiology and Physical Therapy, the Keck School of Medicine Department of Neurology, and the Neuroscience Graduate Program and affiliated with the USC Mark and Mary Stevens Neuroimaging and Informatics Institute and the USC Brain and Creativity Institute. We are scientists and researchers with varied backgrounds across neuroscience, cognitive science, engineering, computer science, occupational therapy, and physical therapy.

Virtual and augmented reality are promising ways to promote embodiment of avatars different from ourselves. In the case of stroke, we ask whether embodiment of a virtual avatar controlled by one’s brain signals can enhance motor recovery. In healthy individuals, we ask whether virtual reality can enhance learning and decision making. We have several initiatives in this area:

Virtual reality also gives people an opportunity to have a virtual body that’s different from their real body. Studies have shown that if we’re given a body with extra long arms in virtual reality, we act as though we really have long arms in the real world, and if we’re given a child’s body in virtual reality, we show more child-like behaviors. In our project called REINVENT (Rehabilitation Environment using the Integration of Neuromuscular-based Virtual Enhancements for Neural Training), we are trying to give people who have difficulty moving their arm after stroke a healthy body in virtual reality. Their healthy body in VR is controlled using their own brain and muscle activity, so that when their brain tells their arm to move, we take that signal and make their virtual arm move. This project is funded by the American Heart Association, and partners with the Front Porch Center for Innovation and Well-Being, Rancho Los Amigos, and the USC Institute for Creative Technologies Mixed Reality Lab.

Virtual reality technology, such as the Oculus Rift, has recently become commercially affordable and available, and could be an engaging, immersive tool for motor rehabilitation after stroke. Our lab is studying how people learn in virtual reality and how that compares to learning in the real world. We are also studying ways to use virtual reality to help people transfer skills they learn in the clinic to their home environments.